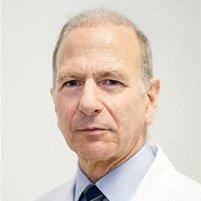 Patients who have returned from traveling can visit Dr. Connor’s practice in Midtown East, New York, NY to receive the care and treatment if they experience any post-travel illnesses.

What is a post-travel illness?

Sometimes when travelers come home from their travels, they arrive with more than simple souvenirs. For many individuals, they also return from their travels with an illness. At his practice, Dr. Connor offers post-travel illness care for those experiencing unwanted symptoms after traveling. For most patients, after-travel illnesses are relatively mild and don’t pose a threat, like a head cold or an upset stomach. However, some symptoms and illnesses will warrant a trip to Dr. Connor’s office.

What can a fever mean?

If you have been in a country where malaria is a concern and develop a fever within a month after coming home, see Dr. Connor immediately. However, most fevers are the result of less serious illnesses. Malaria is considered a medical emergency, Dr. Connor will need to first rule out the disease. If you used antimalarial medicine prior to the trip, it can still be an indication of malaria because the medicine is not always 100% effective. Most malaria develops in roughly 30 days, but rare cases can lie dormant for 12 months or longer. Since this is the case, make sure to tell Dr. Connor about any travel you have been a part of, even if it took place months ago.

What can persistent diarrhea mean?

Most cases of diarrhea will go away after a few days. However, you should see Dr. Connor if you have diarrhea that lasts for 14 days or longer. Persistent diarrhea can be caused by a parasitic infection which will need to be treated with special medications.

What can skin problems indicate?

Skin problems such as rashes, boils, fungal infections, and bug bites are among the most common illnesses reported by those who have come back from international travel. Most skin issues aren’t serious. However, they can be an indication of a serious illness, particularly if you also experience a fever.

What should I tell the doctor?

Whatever the reason for your visit to Dr. Connor’s office, tell him about your recent travel and include detail. Relevant details to include when you speak with the doctor should include: